Using Geodetics with The Photographer’s Ephemeris

The other day I wanted to stand above Emerald Bay, Lake Tahoe and shoot a time lapse of the sun rising over Fannette Island. Sunrise was at 0624 but there’s some high mountains across the lake.  This gave me a few problems to figure out: 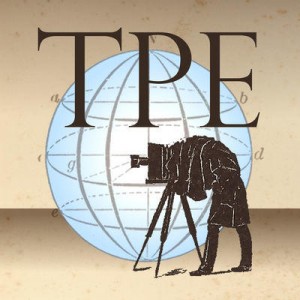 Fortunately this is fairly quick & easy with the Geodetics function of The Photographer’s Ephemeris (hereafter referred to as TPE).  It told me that:

Don’t have The Photographer’s Ephemeris?  Get it here:  For Apple | For Android

TPE did just come out with a 3D version that has blown my mind, stand by for a review soon.

Geodetics uses terrain elevation data to figure out line-of-sight between two points of different elevations.  Set Point A in a valley and Point B on a ridge, and it calculates angular information from A to B and vice-versa.

If you’re looking 10 degrees up from Point A to Point B, then you won’t be able to see the sun until it’s at least 10 degrees high.

It’s easy to calculate where and when the sun will rise & set in flat terrain, but put a big mountain in the way and that changes everything.  Enter TPE’s Geodetics.

These calculations can be used for the moon as well.  It’s also useful for figuring out when you’ll be in the shadow of a mountain, or when you’ll be out of that shadow if you’re waiting for sunlight.

How to use Geodetics with The Photographer’s Ephemeris app

Important note: while most ephemeris data is available offline, you must have a data connection to use geodetics.  Take this into account if you’re going into the backcountry – plan early!

I first had to figure out the general location where I should stand to get the sun rising over the island.  This is one of the most basic functions of TPE.  I just moved the red pin around until the thick yellow line (indicating sunrise azimuth) was over the island. 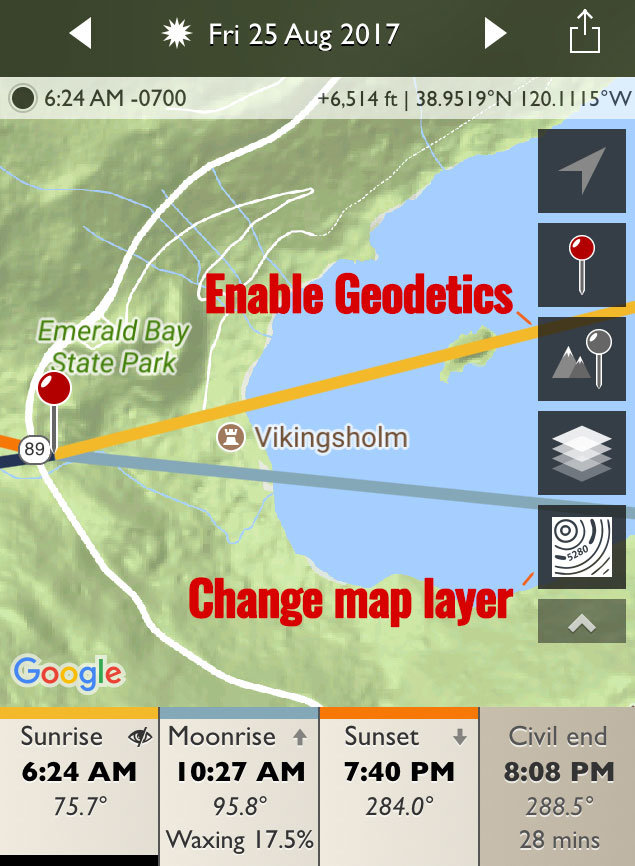 I had to enable Geodetics next to figure out where & when the sun would rise on the other side of the lake. 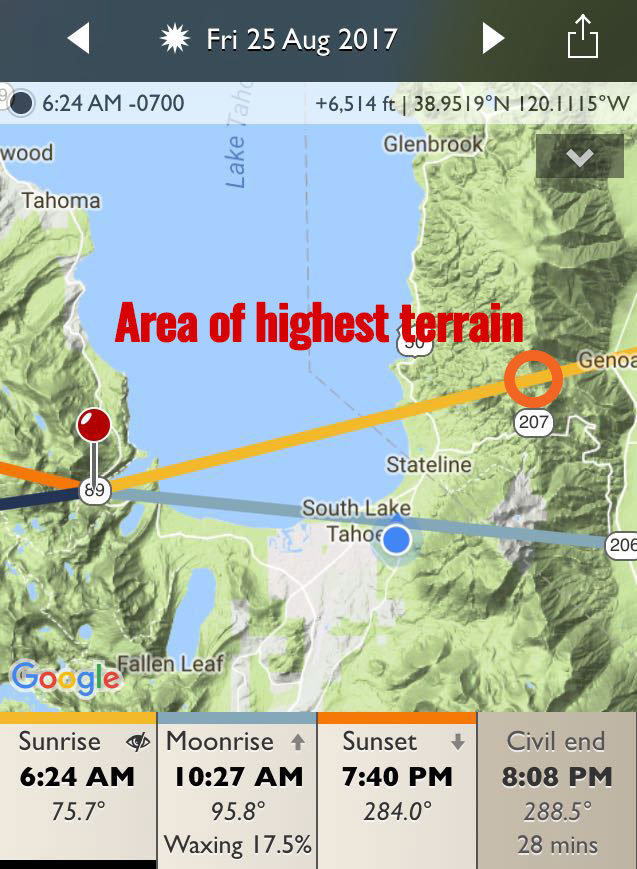 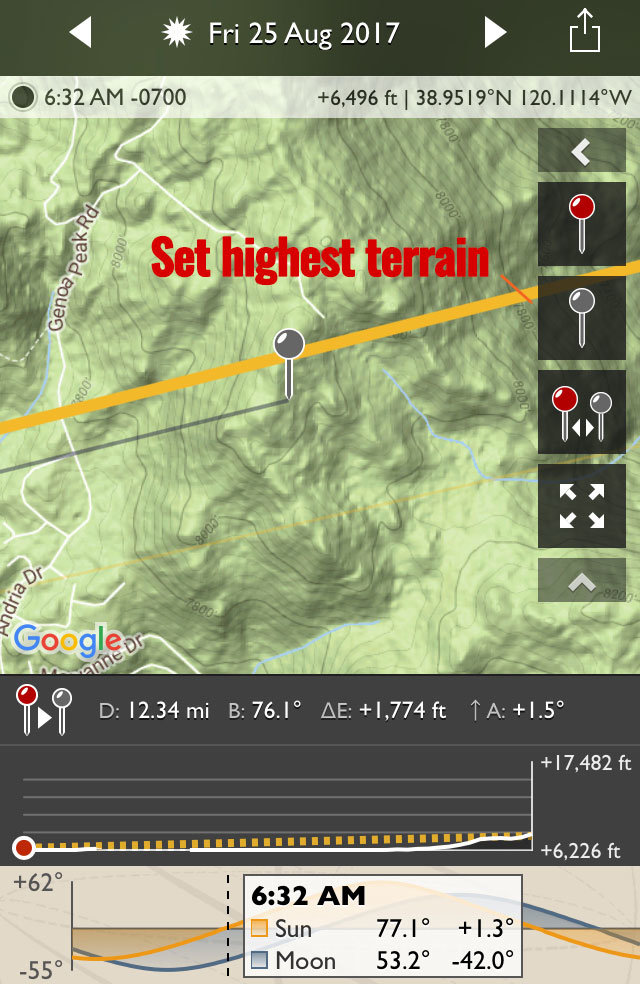 Well, the time lapse didn’t turn out too well so here’s a still photo instead.  This shot was taken at 0633, pulled from the EXIF data.  And you can also see how the sun is rising on the right side of the island.  All just as predicted!

Now go forth and conquer!

Thank you for this excellent article. I’ve been using TPE as a basic when and where for sun and moon. I’m looking forward to adding the geodesic function Too much fun

It's crazy what we can do with computers now...ones that fit in our pockets, no less :)