I’m a few days late adding a description of the X-T2 firmware version 4.00 update released by Fujifilm last week. I’ve been on the road and a few news items slipped by.

That’s okay, I don’t intend for this post to be the definitive Fujifilm X-T2 firmware update source, though I do have the updates listed below. There’s enough of those out there already. To learn how to update your firmware, read this post.

Rather, I wanted to use this opportunity to show why Fujifilm has earned my loyalty after my switch from Sony, and why so many other photographers are intensely loyal to Fujifilm.

Update May 18 2018: Today I saw that yesterday Fujifilm recalled this X-T2 firmware update due to a few small bugs that users found in the firmware. Should they have released an upgrade with bugs? No, but sometimes bugs aren’t discovered until thousands of photographers have a chance to use the product. But good on them for owning up to it and issuing a temporary correction until these bugs are completely ironed out, instead of just saying, “okay thanks we’ll look into that.”  Kaizen at work.

Sony has been making some great mirrorless cameras. But their firmware updates – which are few and far between – really only seem to address performance and lens compatibility. Fix a few bugs here and there and address new lens releases.

If you actually want upgrades you have to shell out at least another thousand dollars when the next camera is released. It’s completely sales-driven.

Fujifilm takes a different approach.  Some may even argue that they lose money with it.  But they gain loyalty, so doesn’t that help business?

Giving you a new camera

Fujifilm makes a great, robust camera body that photographers love. And instead of releasing a new camera every year to drive sales, Fujifilm makes considerable updates to the firmware, all the little ones and zeroes inside the camera, giving you almost a new camera.

With regards to cameras in general, many of the improvements made between cameras models happen within the programming, not the hardware. Sometimes there’s a new sensor or processor, but often the differences between camera releases are just with the camera styling and programming. So why can’t you just update the programming in between sensor & processor advancements?

Fujifilm’s firmware updates by themselves are nothing to write home about in the world of digital mirrorless camera technology. There’s nothing innovative about anything on this list.

What is innovative is that these upgrades are available to anyone who already bought & paid for the original camera body. They’re free. Load the file onto a memory card and your old X-T2 becomes an X-T2.5 without leaving your hands (X-T2.5 is my stupid joke, not Fujifilm’s).

The X-T2 is already a very capable camera, but these latest firmware updates make it capable of things like recording F-Log video for professional post-processing capabilities, better phase-detection autofocus, and focus bracketing for still photographers. These kinds of updates are things that, with Sony and other brands, you’d have to wait for the next $1,500+ camera to be released. Here you get them on your X-T2 while the X-T3 is still in development.

This is all in accordance with the Japanese philosophy of Kaizen. 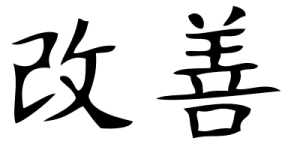 Some camera manufacturers may not want to issue firmware updates regularly because doing so would admit that they released an imperfect product.

So what? Nothing is perfect. Embrace shortcomings so that you can improve upon them.

Here are some of the improvements Fujifilm made to the X-T2 since its original release through firmware updates:

Keep up the Kaizen Fujifilm, we thank you.

Hi John, hope you're well. I never update my X-T2 since I bought it. Should I update each firmware until the latest one? or should I just download and update the latest firmware? Thanks.

No, you only need to install the latest one. That'll include everything up to that point.