I wrote a blog post earlier this year about why I switched to Capture One for image editing, after over a decade of using Lightroom.  Here’s the summary:

A couple of weeks ago, Phase One (makers of Capture One) announced a collaboration with Fujifilm.

Phase One is known for their medium-format digital backs for professional cameras.  Capture One was developed to handle these detailed, beautifully-rendered large files.

Per their press release, “We are proud to be working to share with Fujifilm shooters the opportunity to benefit from Capture One’s highly responsive processing engine, unmatched color handling, precision-editing tools, and seamless tethered support.”

Fujifilm has kinda skipped the full frame camera market and focused on APS-C and medium format sensors.  This is why it’s so exciting that Phase One is collaborating with them.  It will unleash the full potential of Fujifilm’s awesome sensors coming out in their more affordable medium format cameras, as well as their amazing APS-C sensors.

Capture One is offering two versions of their software specific to Fujifilm cameras.  I’ve summarized them below, but for a full comparison between Capture One Express and Capture One Pro, check out their chart here.

A “lite” version of Capture One Fujifilm will be available with all Fujifilm cameras (yes, free!).  This can be likened to your basic RAW file editor, allowing you to change basic color, contrast, and toning, as well as cataloging.  Fujifilm previously had their own RAW editor included with their cameras; Capture One will be a powerful addition.

This version, Capture One Express Fujifilm, will provide RAW support for all Fujifilm cameras.  It also includes what you would call a “style pack” – Fujifilm’s 16 in-camera film simulations (Velvia, Provia, Classic Chrome, etc) can be applied to your RAW files in Capture One (future release).

I think I mentioned this already, it’s free. 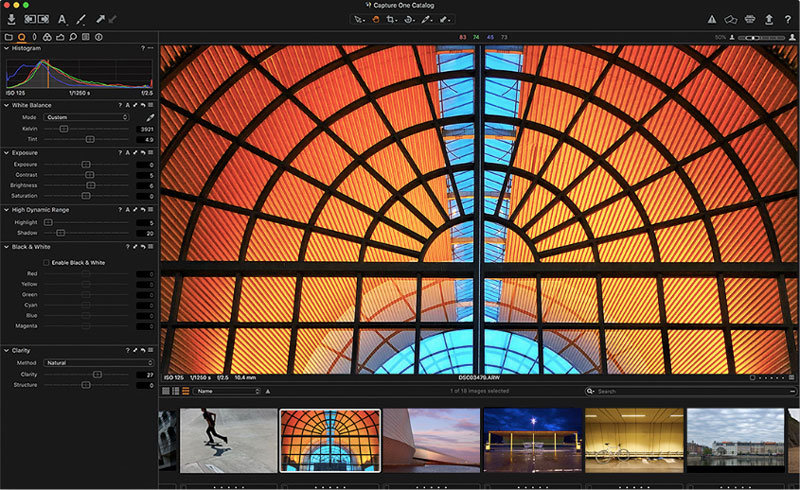 For photographers who only shoot Fujifilm, you have the option to purchase a “complete” version of Capture One Pro, but only with Fujifilm support.

Aside from full editing capabilities, this version will also give you tethering capability.  Zoom, pan, compose, and capture through the software or mobile device.  “Live view” tethering will be available for the professional cameras (GFX, X-H1, X-T3, X-T2, X-T1, X-Pro2).

This version of the software doesn’t cost much less than the full version ($159 per year vs $180).  So if you have RAW files in other formats, or anticipate that you might in the future, you might as well get the full version of Capture One Pro.  You can also purchase a perpetual license for $299, which includes support and updates “forever”.

If you’re a Lightroom user and still on the fence, Capture One offers a free trial period with complete functionality for 30 days.