This memory card only holds 48 photos

(Not really, but start looking at it that way)

Digital storage technology is advancing faster than anything else in photography tech.  SanDisk unveiled a 512GB SD card in 2014 and surprised everyone who never could have imagined that.  Three years later they announced a 400GB Micro SD card – the ones the size of your pinky nail.  Remember the excitement when these guys came out?  1.44MB baby! 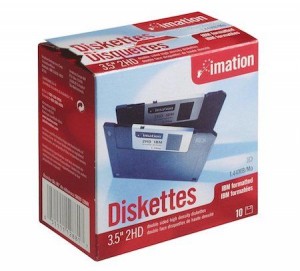 In that same example, would you rather carry one tiny SD card or 280 rolls of 36-exposure film in your bag? 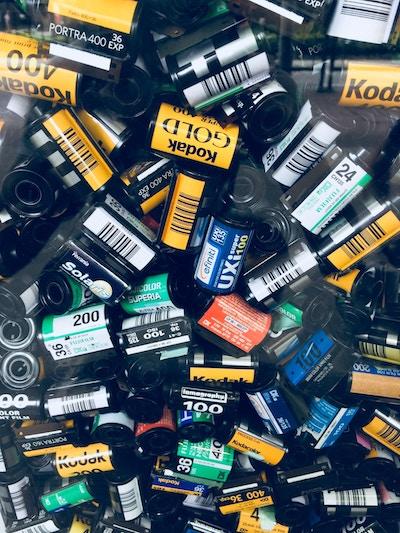 Photo by chuttersnap on Unsplash

Waiting for film to be developed was part of the fun.  It was the anticipation, wondering, “I hope I nailed that tough exposure, did that filter do its job, was this the right film for the scene?”  It was like a child’s anticipation of Christmas every time I’d drop off a roll of film.  Now Christmas is gone, and whenever someone wants to give me gifts they come unwrapped.  I appreciate the gifts, but the excitement is gone.  (That’s still part of the analogy.)

There’s an expression that I think accurately portrays how unlimited storage has changed the way we, to one degree or another, click the shutter – “spray and pray.”  Why take the time to fine-tune everything when you can just keep making adjustments while you hold down the shutter?

There’s that other saying that “if you don’t use it, you lose it.”  I don’t know where that came from and don’t want to know.  But it applies here.  If you don’t consciously think about the rules of composition – or even consciously think about breaking them – you’ll eventually ignore them altogether.  The same goes for the exposure triangle.  The relationship between ISO, aperture, and shutter speed mean nothing when you’re just taking the same photo with different combinations of those three and hoping one turns out.

Would you rather get back from an outing and process 48 well-thought-out photos, or go through a smattering of 350 kinda similar but kinda different photos?  Choosing between 10 nearly identical photos in post-processing takes time.  If you spend a little more time in the field making sure that one photo is technically & compositionally correct, you won’t have to add that time to your workflow.  Go straight into the processing.  And it’s more fun to spend the time out there than on the computer.

I know it’s tough, we all say, “But I don’t want to miss any angle of this shot,” and there are times where that’s appropriate, but it shouldn’t be our going-out gameplan.  We end up wasting too much time on the back end.

Digital storage is cheap, time is not.

When we can take unlimited pictures, we end up coming back from a trip with hundreds of mediocre photos to show off versus just a few dozen mind-blowing, awe-inspiring photos.  Does it cheapen your photography?  That’s probably a strong word to use.  But hopefully, you know what I mean.  The sheer number of photos that we can take may have the effect of watering them all down.

So take this into consideration next time you’re out.  Or make it your focus for one day of practice.  God knows I certainly don’t do it on every outing, but the attention of it has helped me get back to the basics.

Go out with your massive SD card in your camera but tell yourself, “Okay, I only have 48 exposures.”

Then be very deliberate about what you shoot.  Keep track of how many times you’ve pressed the shutter, and be disciplined.  Or go to the store and “pretend” purchase another roll.  Sorry, lame joke.

You’ll end up forcing yourself to consider all of the things that makes a photograph great.  Really study a scene, and if it doesn’t have anything interesting to it, skip it.

Think about the shot

When you do find a scene that has some interesting elements – leading lines, complimentary colors, layers, interesting shadows, etc – stop to set up your shot.  Which elements of the scene do you not want to include?  Are you going to expose for the highlights or the shadows?  Do you want a shallow depth of field to isolate a subject, or a deep one?  How will this impact your shutter speed, and how will that shutter speed affect your photo?

Advanced challenge!  Want to go even more old-school?  Stick to one ISO setting like you had to with film!  And maybe even shoot JPG so you don’t post-process them!

Hopefully, at the end of the day, you’ll come home with 48 deliberate photos ready for culling & processing, versus hundreds of “spray and pray” photos.  Might you have missed out on something?  Sure.  But that’s going to happen no matter what you do.

The whole purpose of this challenge is that it will start to become second nature if you do it enough.  Every time you go out to shoot, you’ll shoot with determination and pay attention to everything that our skilled predecessors had to.

You’ll have a smaller, more manageable, eye-catching portfolio.  And just think what you’ll be able to get done with all the time freed up when you eliminate all of the unnecessary editing. 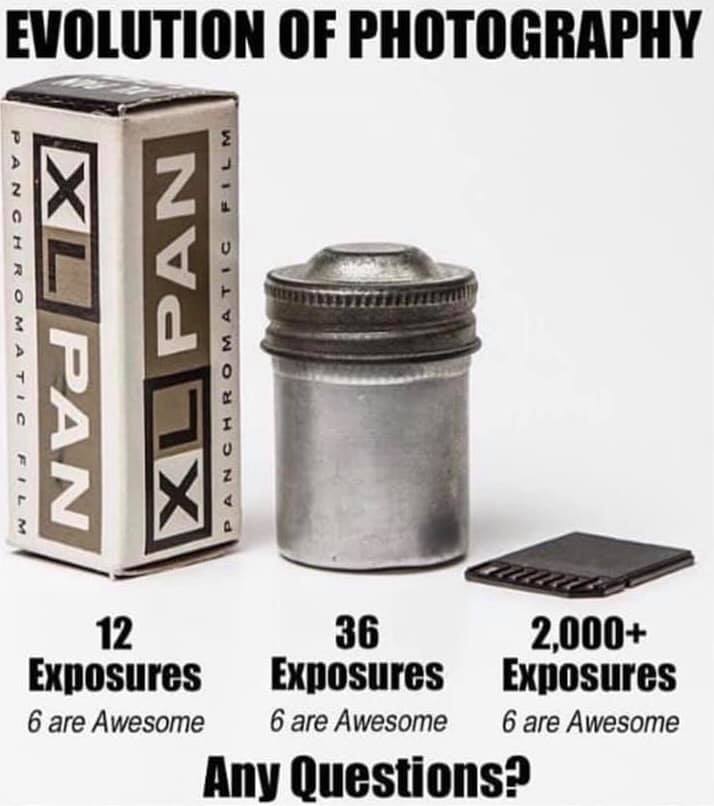 Is massive digital storage a godsend or a handicap?  I’d love to hear what you think about it below.

I take this specific advice to heart, and then immediately forget it when I go out. dc

Oh you too?! I've become more disciplined with this lately, but still have some progress to make...