So I bought my Mavic Pro because it was the best drone (at the time) for portable travel.  Then the smaller Spark came out.  I scoffed at the Spark initially because it was marketed as a novice selfie drone.  But it’s much more capable than that.

I wanted to try out the Spark and see if it’d replace my Mavic Pro as my primary hiking, backpacking, sailing, and general travel drone.

I found I wasn’t using my Mavic Pro very much because, well, I’m lazy.  When I’m on the go I like to keep moving.  It takes up room, I have to stop and take my pack off, take all the lens covers and gimbal holders off, unfold the arms, install my iPad Mini holder to the controller, connect the controller, calibration, etc.  Those of you with the Inspire or Matrice are all laughing at me right now, I know.

But I don’t use drones for high-end commercial work, save for the occasional realty job or non-profit.  The aerials I do are really just for blog posts and putting up on social media.  I could much more easily take the Spark out of my pocket, throw it up into the air, take some photos, and be back on the move in a matter of seconds.

So, true story, I was putting the finishing touches on my post comparing the Spark to the Mavic Pro from a lightweight travel perspective.  Just as I was polishing things up I received an email from DJI – “Join DJI for a New Adventure!  Adventure unfolds.”  Fuck, are they releasing a new drone tomorrow as I’m getting ready to prep this post?  You bet they did.

So do I get the Mavic Air too?  Is it better than both the Spark and the Mavic Pro?

The Mavic Pro vs the Spark vs the Mavic Air 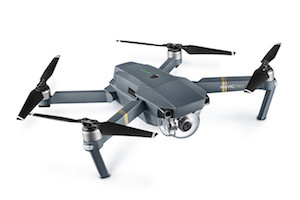 Where the Mavic Pro is better than the Spark: 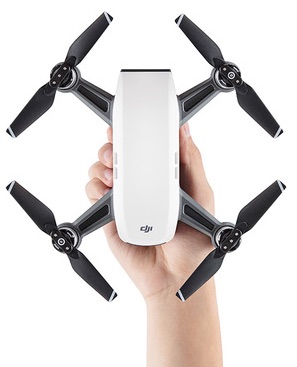 Where the Spark is better than the Mavic Pro:

Standby for the arrival!

I’ve ordered my Mavic Air and it ships on January 28th.  Stay tuned!

Update: You can read my initial review about backpacking & traveling with the Mavic Air here.

Check it out for yourself at B&H Photo Video.

Hi there! So I recently got the Mavic Pro (few days before them releasing the Mavic Air) and I’m still unsure as to whether I should return the Pro and get the Air instead. My situation is basically same as yours, I’m a hobbyist photographer, do lots of hiking, traveling etc so portability is key. I got the Mavic Pro at the same price as the Air (Thank you Costco) so pricing wise there is no difference for me. People tell me than since I got the Pro at a good price then I should keep it...sooo, I wanted to hear from you as to whether you preferred the Air over the Pro since you tried the Pro? I’m a nebbie and this is my first drone as well. Thank you so much for the info on your blog posts btw!!!

Hi Jennifer, thanks for writing. If it’s any indication, I just put my Pro on EBay. My only real complaints about the Mavic Air are that I can’t charge it via USB and the small size makes it difficult to see. I’m testing out a strobe for that now. If you’re a hobbyist and concerned about portability, I’d recommend the Air. It fits perfectly in my mirrorless camera bags (the Pro never did) and the camera is just as good, if not better than the Pro. I’ll have a few posts in the coming week all about what I just mentioned. Have fun!