I woke up to a gray, wet, windy morning here in Admiralty Bay, Bequia (at 2am when rain started hitting me in the face). A wicked northerly swell formed overnight and is sending waves crashing into the south side of the bay and the boats anchored down there look like they’re going to topple over.

And so begins my favorite activity…watching the fleet of sailboats move from the south side to fight for the few small plots of water that still remain up here on the north side.

This inevitably brings out the anchor police. Those guys who were here first, standing on their bow and pointing out where they think their anchors are to the boats hunting around for a place to drop the hook. This action is another way of saying, “you may not anchor within 150 feet of where I’m pointing or else I’ll stand here and give you dirty looks for the rest of the day.”

And so with that, I came up with a few of my other pet peeves from cruising around the Caribbean on a sailboat.

As mentioned before, these guys won’t let you anywhere near their anchor because they’re afraid that a) you’ll somehow foul their anchor even though you’re nowhere near it, or b) they won’t be able to depart if your boat is resting above their anchor.  Sometimes these concerns are valid but it’s mostly about losing personal space.  Two days ago some guy made me stay aboard my boat until he departed because he was convinced I anchored on top of it, and I’d need to be available to move my boat.  I knew this was false because I didn’t see it when I jumped into the water to check my own anchor…and when he departed, it turns out I was at least 75 feet in front of his anchor and offset 30 degrees.  Big thumbs up.

Some of these guys act like Judge Smails when a boat gets near them, but for no reason.  Conversations usually go something like: 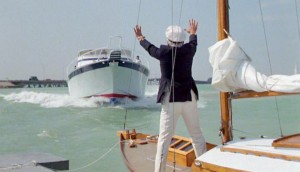 How some captains react when another sailboat tries to anchor near them. (Caddyshack, Warner Bros. 1980)

“You can’t anchor there.”
“Why not?”
“You’re on top of my anchor and I’ll be leaving next week.”
“I am? Okay, well what if the wind shifts 45 degrees more northerly between now and then?”
“You’ll still be on top of my anchor. You need to move.”
“Impossible but still I’m easily 100 feet in front of you and we’re only in ten feet of water…you have 100 feet of chain out in ten feet of water???”
“Yes.”
“I’m really only staying for a couple of days and if you’re leaving next week, I’ll be gone before you and you have nothing to worry about.”
“You can’t anchor there.”

Sure, I’ve said things to people when their boat comes to rest a scant 25-30 feet in front of me and I’ve had to ask them to move when I pulled anchor.  But there’s no such thing as a 50-yard no-anchor zone around your boat.  That’s impractical, especially in crowded harbors where, by virtue of where you are, you’ve surrendered your personal bubble.  I thought we were all supposed to help each other?

My favorite guy was a persistently angry Italian fellow with a short fuse.  He came out in a dinghy to tell me I couldn’t anchor 100 yards in front of him because his engine wasn’t working and he was worried about not being able to move if I started dragging into him. What? He policed three other boats over the next two days and wanted the entire bay cleared in front of him “just in case”.

I feel compelled to update this post with a photo I took the day after publication.  Story in the caption: 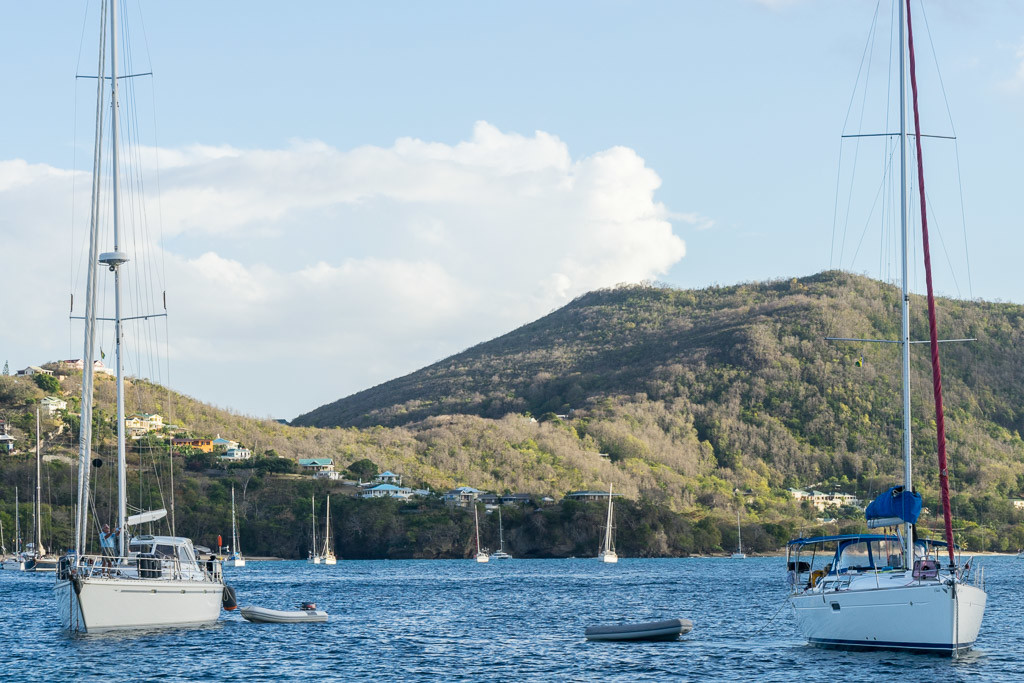 The fellow on the bow of the boat to the left is taking pictures “for insurance reasons” is what he said between a few words that would make this post too obscene to repeat. The boat on the right had just anchored. It’s probably 75-100 feet away from the other boat and didn’t get much closer for the next 24 hours I was watching. The guy on the boat on the left went over in his dinghy a few times to harass them when he wasn’t screaming obscenities at the top of his lungs. There was no threat to his boat.  It was despicable.

I get it, most of us go cruising to get closer to nature. We hang out in our birthday suits in remote anchorages and swim with fish in natural environments. 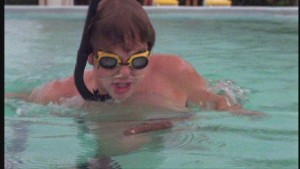 Doody! (Another from Caddyshack, Warner Bros. 1980)

And many of us flush our toilets overboard because there’s no pumpout stations here like there are in the U.S.

We all swim in the same water (barring a few exceptions in busy harbors), and we all know that at any given moment someone might be flushing a #2 into the anchorage. But with all that seawater, no one is really worried and no one gets sick.

But do you have to dump your feces overboard from a bucket in broad daylight where we can all see it? Or worse yet, as I saw in one anchorage, some girl just popped a squat directly over the swim platform. No joke.

It’s like that saying about how sausage is made. We’d just rather feign ignorance so that we can enjoy it.

Are you holding a rave on your boat? Or you think you need an easy way to identify your boat from ten miles away at night?

Either way, I don’t understand that bright, multicolored flashing strobe hanging aft of your cockpit. Especially in a peaceful, secluded anchorage!  I’ve confirmed with everyone else and yes it’s annoying as hell.

Just use a white light like the rest of us.  You don’t need the multicolored strobe that penetrates your neighbor’s portlights in the middle of the night.

Right-of-way is open for interpretation

No it’s not. The rules, which are international, by the way, are there so that everyone has a common reference point when it comes to maneuvering in order to avoid collision.

And in the Caribbean high season, it comes into play a lot.

Some sailors like to play chicken and see who will flinch first. Or they just don’t know the sailing rights-of-way. Well guess what, if I have the right of way, I’m not changing course, and you can explain that to your insurance company (eh, okay, no, I won’t let my baby get scratched).

Remember, POW Gives Way. If you’re on the port tack, if you’re overtaking, or if both boats are on the same tack then the windward boat gives way. POW. Port tack, Overtaking, Windward, gives way.

My conversation is more important than yours 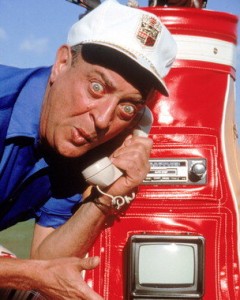 I was trying to think of a picture of a really annoying guy on the phone and another image from Caddyshack came to mind. Why not. (Caddyshack, Warner Bros. 1980).

You know how there’s always at least one guy on the plane who thinks that all the other passengers need to hear his cell phone conversation?  Okay, now imagine that he was doing that on your phone while you needed to make an emergency call, but he wasn’t giving the phone up.

We have a version of that in the boating community. We all standby on radio hailing channels (68 or 16 dependent on location). They’re called hailing channels because everyone is listening, including police and coast guards. If you need to call someone, you call their boat name, they answer, then both of you agree on another channel to go to for your conversation.

There are some people who think that their social plans are so awesome that everyone needs to hear about the dinner event no one else was invited to. One time I was this close to showing up to someone else’s boat after they had a lengthy conversation about their private potluck on the public channel, all the while other sailors were unsuccessfully trying to get a word in to ask them to change the channel. I had some spectacular homemade hummus to bring.

But the thing is, other than being totally annoying, some people have actual emergencies that require immediate radio calls. And when there’s no break in the conversation, these calls get delayed and that’s plenty of time for two boats to collide or someone to have serious medical problems from delayed care.

So those are the first five that came to my mind, what are yours?  Bonus points for illustrating with an image from Caddyshack.

For sure about the sausage factory, why are some people so allergic to having a flushing toilet on their boat? That whole anchoring thing gets annoying pretty quick, we had a guy go a bit crazy the other day in his 40’ Ketch. We only draw 700mm so there was f**k all chance he would even get near us. Marine radio........that’s that thing I have not turned on in ages. I reckon it’s quicker to phone the coast guard rather than wait for some numb nut to stop hogging the channel. No Caddyshack picture for bonus points. Cheers