Boatyard Fever: like Cabin Fever, but while living aboard your boat in a boatyard.

I hit this snag almost exactly three years ago as I was outfitting this sailboat in North Carolina, but back then it was because I just kept tinkering on things (that, and waiting out hurricane season, which seemed like a moot point thanks to a late Hurricane Sandy).

Now here I am in St. Kitts but it’s worse for two main reasons:
1) My five weeks in this boatyard have mostly been spent waiting on parts to be delivered from St. Martin;
2) In North Carolina I couldn’t see the ocean from the yard. Here, I can throw a rock from my land-bound bow into the Caribbean Sea. A prison cell on the beach in paradise.

Note: All photos here are screen captures from the video I’m working on and will release soon. When I have bandwidth to upload it. 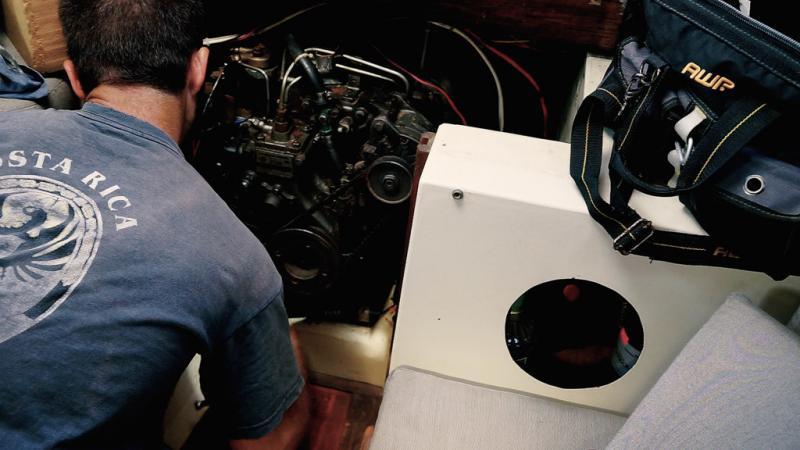 Yanmar engines are the worst for servicing – like this impeller. The bolts face backwards and I can barely fit my hand in there to turn the ratchet.

I’ve still been productive while waiting on parts, but with projects that I had planned on doing once afloat and down in Grenada. I’d rather oil the interior teak during a rainy day in a Grenadian harbor than here in the boatyard while battling mosquitos (yes I know, I’m ahead of the project list now).

It was wicked hot the first couple of weeks too. At least now it’s cooled down to the mid-80s. 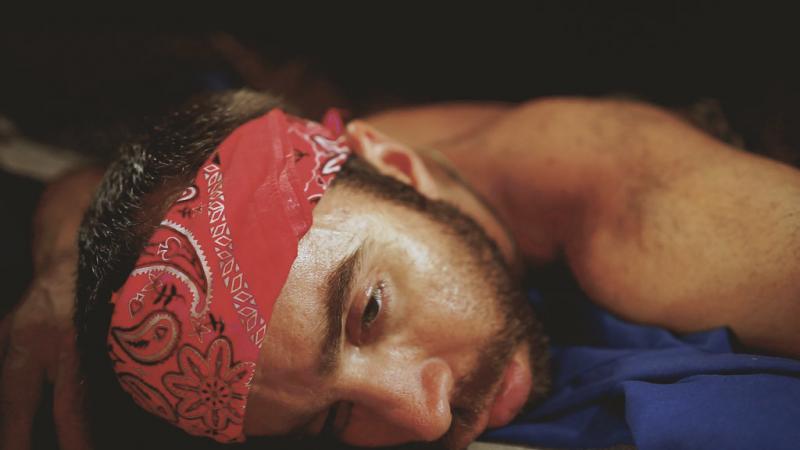 It was hot for a couple of weeks – like really hot, humid, and barely a breeze

When the parts did arrive after two weeks, it was a mad dash to get all of those projects done so that I could quickly paint the bottom, get in the water, and head south.

Paint? Yeah when I went to the boatyard office for paint the response was, “okay, we’ll order from St. Martin today and it should be here next week.”

Wait, what? You have to order anti-fouling paint from St. Martin too? What kind of Caribbean island doesn’t have two gallons of boat anti-fouling paint? (For landlubbers, it’s the bottom paint that keeps barnacles and whatnot from growing on the bottoms of boats).

There goes another week!

Side note for sailors bound for St. Kitts – I went diving the day after I ordered the paint. The divemaster said, “oh yeah, you can get a generic bottom paint at the local hardware store [TDC].” 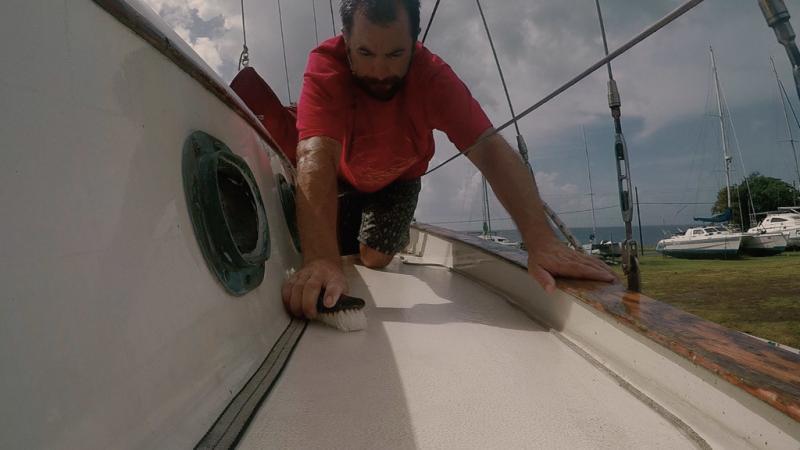 Can’t believe how white I got the deck!  It was a nice rust-brown when I arrived.

What else could I be doing with all this free time? Making money online? Nope, not at this boatyard. Why do you think I’ve been so reclusive on the social medias lately? The internet here is unreliable at best (understatement of the year) and the nearest internet is a 30-minute bus ride with 20 of my closest friends (max capacity 15). Thankfully at these lunch spots, beer is cheaper than water here.

It’s actually easier to work online while I’m out and about sailing from harbor to harbor than it is here at this boatyard. Really backwards, I know. If that makes no sense to you I’d be happy to explain it.

I have done some fun things, and despite everything else, St. Kitts is a great island. I’ll probably be back here next time I need to store the boat, armed with knowledge from these experiences (like load up on ALL spare parts before coming here). Unless a cheaper option opens up on another island but that’s unlikely.

I’ve done a bit of diving and fed sharks, toured an amazing 17th-century military fortress (quite literally directly above my boat), and did some jungle bushwhacking on an unmarked trail to find some petroglyphs thousands of years old. 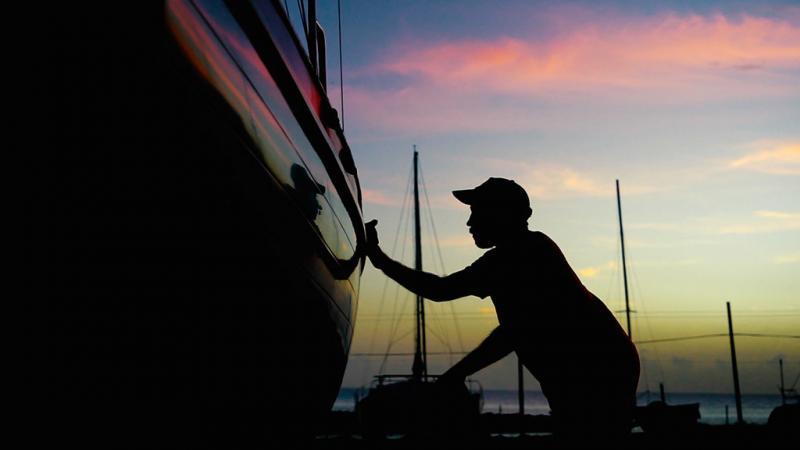 I can see my reflection now!

As far as completed boat projects, here’s the list:

I did manage to save a few projects for those days in Grenada I won’t be going ashore, like replacing all freshwater lines, some sewing projects, and exterior varnish.

I don’t know if I’ll see you again before I get to Grenada – but I’ll be sure to let you know when I get there! 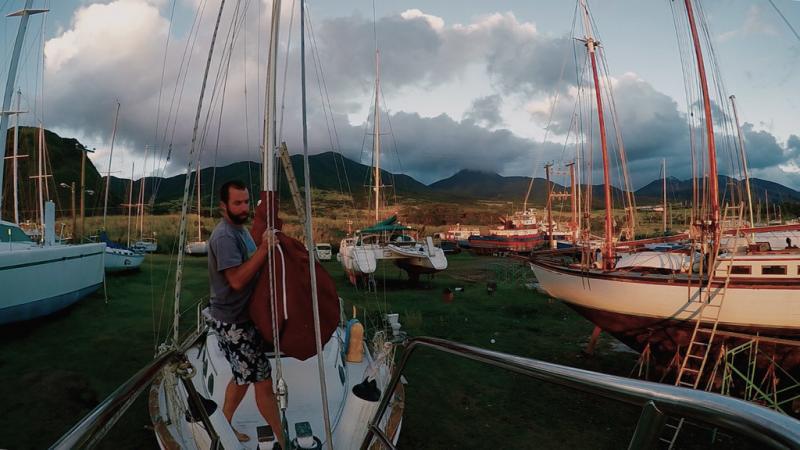 Final steps – putting the sails back where they belong!